1) Hello Mister Garfield and thank you for taking the time to answer some questions for our community. To start the interview, can you introduce yourself and speak about your career in the video games industry?

I am best known as the creator of the first trading card game, Magic: The Gathering, published in 1993. Since then I have been designing games and, really, studying games in all areas. I coauthored a textbook, Characteristics of Games, which documents a lot of the ways my colleagues and I think about games.

As far as digital games I have been involved in a wide variety of projects - a few include Sol Forge, Valve's Artifact, and Spectromancer. Many of the projects were quite small, or never came out at all - like a location based game designed in about 2005 or an mmrpg way back in, maybe, 2000.

2) When we dive deeper into your career, we notice that cards are a big part of your life, just like math. How did these passions start for you and are they linked?

I would say games are a big part of my life rather than just cards - though within games cards are certainly my favorite component. Cards carry a promise of randomness, skill, and hidden information which are excellent ingredients for a game. 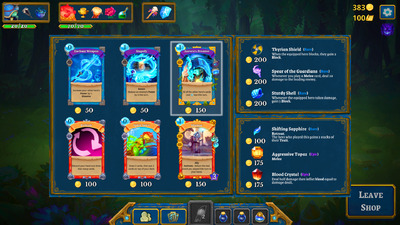 As far as the connection to math - I think a lot of what I find appealing in games is a part of mathematics - solving problems within an agreed upon abstract framework. The 'aha' moments in mathematics, when you understand something, or prove something, or just make a connection between two things - that reminds me very much of the 'aha' moments in game play where you get a deeper understanding of the game or the position you are in. Originally I had decided that one couldn't really make a living in games - so I went into mathematics with the intent of doing math research and teaching. After Magic was published, and a great hit, I was excited to be able to go into games full time - though it wasn't without some regret - I liked the academic life as well.

3) You developed a certain interest for Dungeons & Dragons quite early in your life. Is this always the case? Do you still play role playing games with friends?

I have credited Dungeon's and Dragons for getting me into games and ultimately making me a game designer. The game showed me a great range of possibilities that I had never imagined could exist in games and I found myself wanting to know all the games that had been made in all areas of game play - and asking myself what was yet to be discovered. I still am a fan of role playing games, but, sadly, have not played much in a long while. Recently I have been preparing to trying to get some games together, however, and have really enjoyed learning about the many innovative role playing systems that have come out in the last couple decades.

4) Recently, you’ve worked on the game Roguebook from Abrakam Studio. How did this partnership start?

The partnership started with Faeria, a digital card/board game which Abrakam designed. I was impressed with its design. For me it stood out as bringing something new to the table, it incorporated a board with tiles in a way that was original. It was in an area of digital game that I am most interested in - games that really feel like the could be paper games but wouldn't play well with paper. It also had a nice sense of humor and beautiful look. 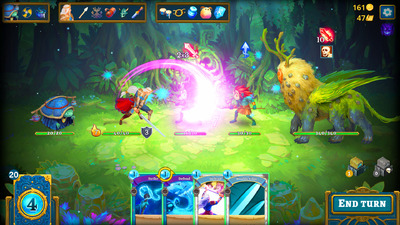 I forget when I first talked to Abrakam - but at some point we started talking about a collaboration on another project. That project ended up being Rogue Book.

5) On which concepts of the game Roguebook have you worked on?

When I am working on a team I often have trouble remembering exactly what I did. More than once, working on a Magic expansion, or, say, Sol Forge, I have seen a card I really like - and tell the others how impressed I am with it - and they tell me that it was one of the ones I contributed. I guess I know how to push my own buttons...

In any case, the one thing that really stood out has to do with something that has bothered me since deckbuilders really took off… in fact, it has bothered me since Magic. That issue is that it is ridiculous how much of these games are about removing cards rather than adding them. I like getting choices of a lot of cards to add to my deck - all sorts of interesting cards with weird possibilities of combos. However - if you are playing 'correctly', in most of these games you should spend more of your time culling your deck than getting new cards - so playing 'correctly' means you shouldn't play these fun cards and make a deck that is big and varied and constantly throws new situations at you... you should pick a narrow theme and focus all your energy on that, and make a deck that is constant and predictable.  I do like that as well - but I don't think every game should be that way.

This philosophy was brewed into Roguebook from the start - though it is most easily seen in the rewards a player gets for getting their deck to certain thresholds of size. This solution makes adding cards not only give the player the pleasure of getting more variation and possibilities out of their deck - but also allows them to periodically get cool passive powers.

6) If you had to tell someone who doesn’t know anything about Roguebook, what would you say to him?

I would tell them it is a digital deckbuilder in the vein of Slay the Spire or Dream Quest. You don't have a single class with which you build a deck - you have two that are represented individually in battle, and each have their own cards. Deciding which strengths of each character a player wants to pursue, and how to best use the resulting deck in combat brings a lot of interesting tactical options. That characteristic makes Roguebook a bit like playing a two color magic deck, rather than a one color magic deck. Also, you get fun rewards for building a big deck - or as we liked to call it - a tower deck. 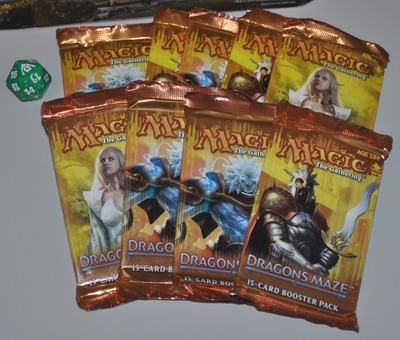 7) Hard to chat with you without talking about Magic: The Gathering. You created this game almost thirty years ago now, and it never stopped growing. With some perspective now, what are your thoughts on this evolution?

I am amazed at the success and influence Magic has had from the start. I am happy that it has been under the long time stewardship of Mark Rosewater, who loves the game and the players, and who always considers those first when deciding where to go with it.

8) If you have the chance to go back in time, in 1993, and give yourself an advice on Magic, what would it be?

Mostly it would be making the rules clearer and more consistent. I was used to rules in games that didn't address every corner case, and where players sometimes had to, or chose to, make house rules.

I would tell Wizards to focus entirely on the game player rather than balance the player and the collector. They aren't equals, the game player should be the entire concern. I always believed that but was too much of a peacemaker to lay down the law.

The particulars of the card mix would not change as much as modern players probably think it would have. There are cards back then which are far too powerful (and actually too weak), by today's standards. But one thing I have had a problem with in many games is how they are designed for experts often at the expense of the beginner. The cards were quite good for the players back then but many wouldn't work today.

9) The Valve project, Artifact, seemed to have been a difficult time in your career. The project encountered difficulties shortly after its launch to finally be abandoned. Then, a 2.0 version was on the road but, once again, totally abandoned by Valve. What lessons have you learned during this period?

I learned a lot! Valve was an excellent partner, we didn't always see eye to eye but it was a pleasure working with them. It is my belief that there was no problem with the game design, that the issues were mostly community relations and revenue model problems. Reading reviews from back then you would see again and again players saying they loved the game play but had to thumbs down it because they didn't think they should have to pay for it and then pay for cards, or that they should be able to play for free, or that Valve shouldn't take a cut of cards sold on their system. I certainly don't think that means these aren't problems - but I do think there was a lot going on that had nothing to do with the design. I also don't mean to absolve myself - I was a part of the team. I know the team's intentions were good - they really weren't trying to fleece the players, they were trying to make a game which was supported by players in some reasonable proportion to what the players were getting out of it and avoid busywork grinding that is so prevalent in free to play games. Whether or not we had a good solution we definitely failed to sell it. 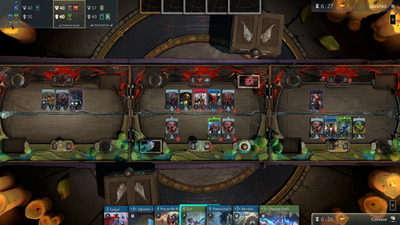 It is too bad - there were a lot of interesting elements to the game that I hope find some traction in the future. For example, the way the turns interleaved made the game feel somewhere between a real time game and a turn based game. I would sometimes finish play and have had completely lost track of time because I was so engaged in the breadth of the conflict. The three separate lanes that card play occurred in made it feel like there was always strategy and tactics going on - most digital card games feel almost entirely tactical.

10) What are your next projects?

I have a deck building game coming out this month called "The Hunger". It has a fun concept - players are vampires who are leaving the castle as night falls and hunting. Each victim makes their deck a bit slower so that by the time the sun rises they are waddling back hoping to get there in time.

I am working on expansions for Key Forge - a game I did with Asmodee a few years ago in which each deck is unique. I find this concept really exciting and am working on other designs to explore it.

And, of course, Abrakam and I are just now talking about what we can work on next... that will be a ways off but I am certainly looking forward to it! 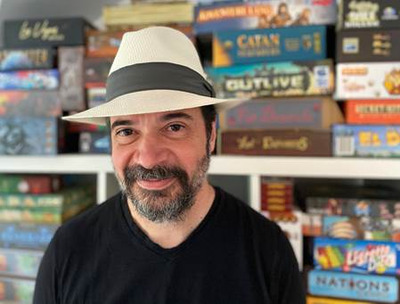