Interview with One-O-One : The Suicide of Rachel Foster

The Suicide of Rachel Foster is a work of fiction that features a number of complex subjects, and we tried to approach these subjects delicately. The relationship between any particular characters is not the sole focus of the game; it is an investigative journey into a family's past that also explores grieving and taboo. We strongly urge players to read our disclaimer at the beginning of the game carefully. While care was taken to treat these topics with due respect, the views expressed by any character(s) within the game do not necessarily represent those of Daedalic Entertainment or ONE-O-ONE GAMES.

The goal was to explore the horror gaming genre and create a psychological horror experience that would evoke feelings of unease and fear, as in traditional horror games, without the use of other-wordly entities or other classic horror mechanics.

We wanted to create an indoor environment because we felt it would enhance the eeriness and claustrophobia of the overall atmosphere. As is clearly noticeable, we took a lot of inspiration from “The Shining”, with the goal of placing the player in an environment that would subconsciously trigger players to feel fear based on experience and expectation. 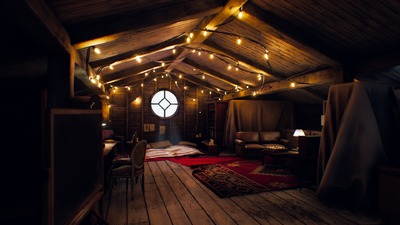 There was a combination of factors. Montana has large, empty spaces where we could isolate the player from civilization, and it has both a religious population and legal framework that offered a plausible setting for the narrative of psychological horror and moral taboo we were making.

As you’ve said, the legal situation here differs between various regions and countries. But we were more interested in the moral dilemmas, not the legal questions. There are deeply flawed characters at the center of this story you never meet. Instead you see them through the eyes of the game’s main characters, and how those main characters are affected by the tragedies surrounding them is central to the horror experience here. As with all the more taboo themes within the game, we did everything we could to approach the subject delicately. But we do recognize this subject matter can be stressing and recommend players read the disclaimer at the beginning of the game carefully and decide for themselves what they’re comfortable with. 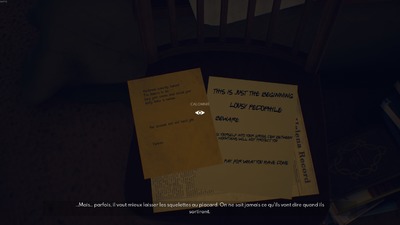 We are glad that players are sharing their opinions openly. The Suicide of Rachel Foster is a work of fiction, developed to encourage players to think critically about this type of behaviour, while simultaneously analyzing the various tragic events and array of painful emotions that such a tragedy could create. We tried our best to depict these themes from a variety of perspectives, thus allowing our players to feel strong emotions and analyze the reality of the situation for themselves.

Unfortunately, people are capable of atrocious, monstrous acts, and this is something we wanted to explore, given the incredible power of videogames as a communicative medium. Our intention in this was not to justify Leonard’s actions, but rather to explore how a deep affection towards a person can often emotionally blind a person into subconsciously justifying such questionable behaviour. 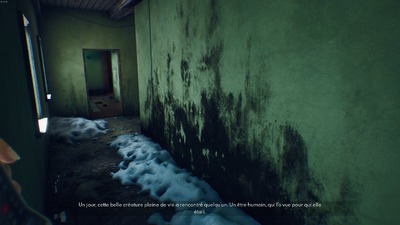 This question focuses a lot on our internal philosophy of narrative game design, where we focus on presenting players with the ability to choose the effects that their actions will have on the course of the narrative. In regards to the finale, we felt that it would be more coherent with the themes in the game to present players with a controversial decision, rather than remove an intriguing game mechanic.

The most difficult thing to create was balance. We knew that we wanted to show the brutal reality of the themes we present, and we knew that it was going to be a very intense, possibly disturbing experience. We wanted to balance that with lighter themes and slight comic relief here and there within the dialogue. Finding the right amount of balance between the horrific and the sweet was a challenge that we believe we overcame gracefully.

As you can imagine we very much love this game genre, since it places an incredible focus on narrative mechanics and is a great format to approach real-life subject matters in an interesting manner. We hope to see many other developers pushing the boundaries of this genre. 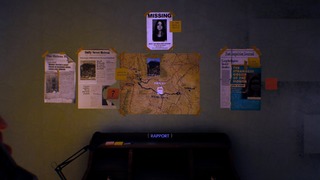 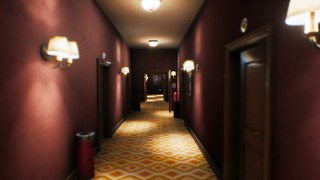 Absolutely. Games have always focused primarily on mechanics that are “fun”, which is totally understandable. Recently, some developers have been focusing more on narrative mechanics that aren’t necessarily fun, and sometimes not enjoyable at all, in order to communicate a message that through the immersive power of videogames can be experienced more profoundly and communicated more effectively.

I think that as we continue to grow as developers, we will always be looking to continue experimenting with mechanics as a means of communicating important concepts; it's too interesting of a design aspect to ignore. Only time will tell if we’ll be developing more games as deep as TSoRF, but the overall gaming philosophy is not something that we hope to abandon.

We thank the One-O-One studio as well as The Reset Agency, who managed the communcaiton with them, who made this interview possible

The Suicide of Rachel Foster