Q: Hello Greg Lobanov and thank you for taking part in our interview. Could you introduce yourself in a few lines and tell us about your career in the video game industry?

Hello! I’m an American living in Canada, and I have always loved making things. I started out making comics and board games with paper and markers and moved into making computer games when I was a teenager. I started selling the games for money, and kept making them and making them and… now I’m here! I’m genuinely living my dream and following my lifelong passions.

Q: Your next game Chicory : A Colorful Tale will be released in 2021, can you tell us about this colorful project?

The game takes place in a black and white world where there’s a magical Brush that can color things in. The brush is wielded by a famous artist named Chicory… until she disappears, and all her colors with her. You play as her number one fan, who takes up her brush and tries to fill in for her while uncovering what happened.

Gameplay wise it’s a bit like a Zelda game in a coloring book world. You explore and meet characters and can draw on anything, anytime. It’s a jaunty mix of puzzle solving and open creativity. 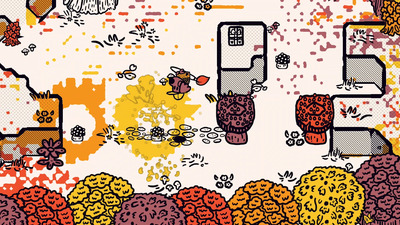 Q: The game is planned to be released on Playstation 4 & 5 and a PC release is planned afterwards. However, when I looked at game’s trailer, the first thing I thought of was Tablets and the Switch. Are you considering a release on these in the future?

We are launching the game on pc and mac storefronts on the same day as the PS4 and PS5 versions. We love that so many people are excited about the game and hope they check us out on our release date. If we ever have anything else to announce, fans can follow us on twitter @chicory or our publishers @FinjiCo and that’s generally the place to get news about anything cool we are doing!

Q: When you think about the target audience for the game, some might think that the game is aimed at a relatively young audience and might not make it past the point of playing it. What would you say to convince them?

This game is made by people in their 30s and late 20s expressing themselves honestly and trying to build what we want to play ourselves. While we do take care to make the game friendly to younger folks, the game also contains discussion about deeper subjects like burnout, imposter syndrome, fan/creator relationships and making a career in art. I think it’s a bit sad when people say they feel a game like this looks too immature for them; there’s no shame in enjoying playful and cartoony worlds. And drawing is just plain fun no matter how old you are. Don’t lose your sense of wonder!!! 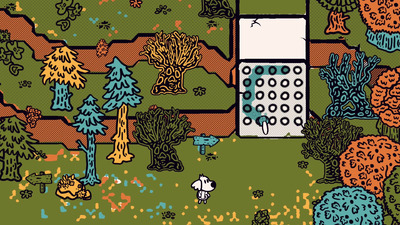 Q: Were there any titles that inspired/helped you in the creation of Chicory?

Although there have been many games about drawing, the drawing in Chicory feels fundamentally different from anything we’ve played before so we weren’t able to reference too much as we figured that out. But we did gain a lot from studying the structure of games like Zelda and Animal Crossing so that we could take some of this game’s weirder concepts and ground them in a format that players can recognize. More broadly, many of us grew up playing games and are deeply inspired by those experiences. Playtesters have compared us favorably to games like Undertale and Earthbound.

Q: You organized a Kickstarter campaign to finance the project and it was a great success (2342 contributors for a sum of $84,327, which is almost 3x more than the amount requested).  Did it allow you to exceed your limits regarding the game? Was it enough to reach all your goals?

If we had just barely met our goal we would have had to look for additional funding, but the funding we received let us stay more independent which is honestly wonderful. I don’t think it changed the scope of the game; we always had a vision of what the game was going to be and we have been faithful to that all the way to the end. The most exciting extra things we got to do were bring in more friends to contribute pieces of art or instrumental performances. 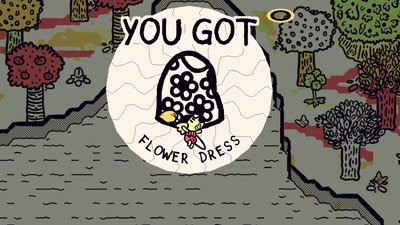 Q: If crowdfunding remains an alternative way to finance projects, there is also a feeling of frustration that can reach consumers. Indeed, it is sometimes necessary to wait for years to have a final version which is finally far from the expectations. What do you think about this?

There are many creators who see an opportunity to get rich quick, and even more who are just genuinely inexperienced, so they will make bold claims about the scale and timeline of their projects and inevitably cause issues when they can’t fulfill their impossible promises. I think it’s too bad when that happens, but this model has been around for long enough that audiences are starting to get more savvy to these situations. There’s always a risk when backing a project, and I think it’s better for everyone when backers support projects in an informed way and aware of the risk they’re taking.

For me, I have a lot of confidence in my own projects and I have no problem communicating openly with our backers. Chicory is on schedule to come out exactly when we said it would in our Kickstarter campaign, and we haven’t kept any secrets about our progress along the way. But just as in real life, I think even when you’re failing and having a hard time, you’ll always be better off being open and honest about it. Whenever we do write about something taking longer than we expected, our backers write back encouragement and tell us to take our time. We’ve cultivated a really kind community, I think. I’m grateful to have the opportunity I do and I hope this opportunity stays available for more people beyond me. There are many amazing games like Chicory which wouldn’t be made without that support.

Q: Covid has slowed down the world considerably, but on your scale, what impact did it had on the studio and the development of the game?

The pandemic impacted every part of our lives, except for our work. We have no office, we have always been working remotely and from home. I think there has been some emotional and mental impact on some of our team members and it did slow down our ability to be productive, but overall I think a small remote studio like ours was able to respond to the changing circumstances better than anybody. I miss my friends and I miss testing our game at loud crowded events, but as the French say, c’est la vie. 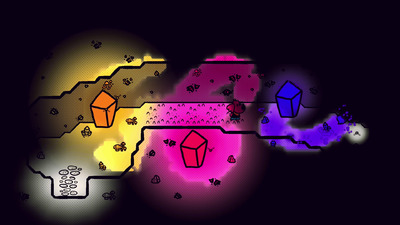 Q: You are currently running a small (in terms of number of workers) studio that is already doing some great independent projects. What is your vision of the video game industry nowadays?

The largest projects in our industry are only getting bigger and more expensive, and that means that smaller creators like me are always at risk of being pushed out. And honestly I’m extremely lucky, compared to many folks who have even less of a platform than I do. I really value the creativity in indie games and I hope that flame stays alive. When you look at how much harder things are in film and music and comics and books, for example, it’s enough to make me worried about the future of indie games.

What gives me hope is that I see game audiences becoming smarter and more interested in deeper, more diverse experiences. The more demand there is for subversive and experimental projects, the more large studios are encouraged to be creative and surprising rather than making the same game for the 100th time. In that way I think games like Chicory can make a real impact on the consciousness of the world and erode that establishment.

Q: Do you already have other projects planned and, if so, could you give us an overview?

You’re the first to ask me this! Truthfully, I already know what game I want to make next and I already have it playable in a small way. I want to share everything about it, but it’s not the time yet. I’m very excited about it. I think it will be a big surprise.

For now, just wait for Chicory to come out!!! XD