Hi Simon Viklund and thank you for answering our questions! First, could you, in a few words, present your career path in the video game industry and describe your current position for GTFO?

I’ve been working mainly with audio (sound effects, music, dialog) in games for the past 21 years, but I’ve also handled game design and story from time to time. If people have heard my work, it’s most likely from Bionic Commando Rearmed (2008), PayDay: The Heist (2011) and PayDay 2 (2013.) Now, I work as narrative director at 10 Chambers, and also manage everything audio related.

For our readers that might not all be familiar with the game, could you describe what GTFO is about?

GTFO is a 4-player horror/action co-op FPS. You play as prisoners kept in a sort of labor camp, and on a daily basis you’re forced down into an underground complex overrun by flesh eating monsters. Your task is to explore the structure, carry out certain objectives, extract valuable artifacts – and bring them back up to The Warden, your captor. In order to survive, cooperation and communication are key. Developing GTFO, we wanted to make an actual co-op game where cooperation is truly essential to player success – it’s a game where you can't wander off alone, and one player can't carry the rest of the team. The tagline says it: “Work together or die together.” 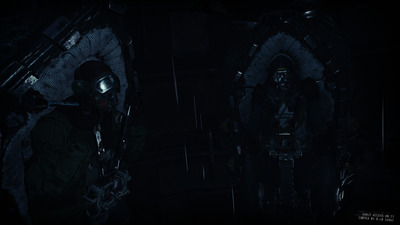 What does a GTFO session look like? Do characters have their own special features? Is there stuff to unlock as players progress in the game?

You start off in the lobby to choose your loadout and discuss the common strategy. There is a range of weapons, tools and performance enhancing drugs (aka “Boosters”) to choose from. Already here, teamwork is essential: The team as a whole needs to carry a good range of tools and weapons so that you’re prepared for the dangers below. As a team, you want to be a “Swiss army knife”, and by combining certain tools and weapons, you could say you "create your own class."

The aforementioned Boosters were actually introduced in this new update. By finding rare artifacts down in the complex and bringing them back to The Warden, you're rewarded with Boosters - chemical cocktails injected into your brain to improve your abilities. They can boost everything from your melee attack power to your hacking skills. This is the first element introduced in GTFO that carries over from one expedition to the next, and it is the first step for us as developers towards implementing permanent upgrades/progression in the game.

We are planning a progression system that allows you to mod your weapons and tools, and customize your character.

While playing the game, I felt a mix of genres. A combination of Left 4 Dead (for the 4 players multiplayer FPS) and Alien (tense atmosphere, death awaiting at every corner). Where did your inspirations come from when you created the GTFO universe?

A mix of Left 4 Dead with the survival horror elements and slower pace of Alien Isolation is a great way to describe GTFO. You're definitely right about the Alien inspiration - I’d say we’ve taken inspiration from all of the three first Alien movies for the lighting, “set design” and general atmosphere. There are also game mechanic ideas inspired by Destiny's raids and monster designs inspired by The Thing, as well as the tactical aspects of the old Rainbow Six games. We draw inspiration from all the best places! 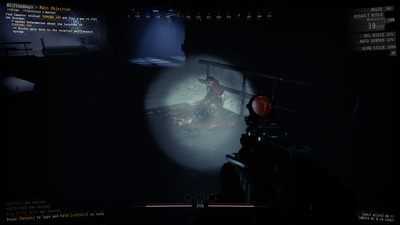 GTFO intends to be "hardcore", where players are urged to communicate if they do not want to die rapidly. What are the tools players can use to communicate?

Voice communication is essential, even if there is the text chat functionality. The always-on communication works most smoothly with voice – even though I understand not everyone can use this. We also have a pretty cool function where all the players can draw lines on a map to develop a strategy (and backup strategy!) when, for example, entering a new room.

Like many other fields, the video game industry faced the turmoil of the Covid-19. What were the impacts for you while you developed the game?

Of course, it is tough for everyone to not meet their loved ones and constantly worry about relatives who might be in a risk group. As a company, however, we were already working a lot from home. As we've been working very hard on GTFO for the past 5-6 years, the ability of working from home has helped us stay close to our families and loved ones. We've been fortunate.

You are a studio made of hardly ten members if I'm correct. Still, when we take a look at GTFO, we feel like seeing a game coming from a major company involving huge teams. First, well, congratulations for this impressive work, but how do you explain that?

Thank you very much! You're correct; from the beginning of development to bringing GTFO to Early Access, we were no more than ten people working on the game. How that’s possible, I think can be explained by two important factors: First, all members of the team have been in the game development industry for a long time, with experience releasing games of all sizes - many of us have also worked together before, so we could establish very tight collaborative relationships. Secondly… we took our sweet time. I mean, it took us almost five years to launch GTFO in Early Access. Working faster wouldn’t have allowed us to experiment the way we did, and then the game wouldn’t be what it is today.

Now, due to the game's success, we are able to expand our team in order to make GTFO what we want it to be as a final product. 10 Chambers is more like “20 Chambers” today – although not everyone is a developer working directly with production. Anyone interested to join our team can look at our open positions at www.10chambers.com – we're recruiting heavily right now.

You developed a system of "rundowns". Could you detail what it refers to our readers, and explain how the system will evolve through times?

Yes, GTFO uses a concept we call “The Rundown”. A Rundown consists of a set of expeditions with objectives, enemies, weapons, and more. When we update the game and release a new Rundown, we replace the old one and you’ll never be able to play it again. Using gaming terminology, you could say the game goes from one campaign to the next, and it happens every three or four months. This is a way for us to keep the game fresh, allowing us to keep experimenting, and always keep the community focused on the same set of expeditions. 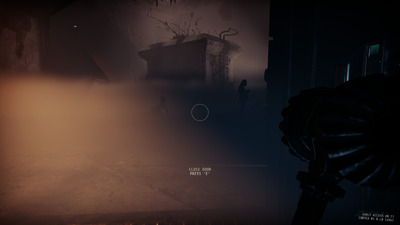 GTFO version 1.0 should soon see the light. Are you excited? How do you reflect on the journey so far?

We’re very excited! When I personally reflect on our journey, I am proud that we're staying true to the motto we set when we started working on GTFO: We want to make a game we have fun playing ourselves, requiring genuine cooperation. We already have fun playing GTFO, and it's been praised for the teamwork it requires. I am proud of what our team has achieved – and it should be mentioned that we paced ourselves and took the time, so that we all could maintain a good work/life balance. That’s something to be proud of too!

What are the next key phases for the roadmap of the game?

We will continue our work with the Rundown concept, and every Rundown will take us closer to version 1.0. The following two major features would be permanent progression and weapon/tool/character customization. Anyone interested can follow our public roadmap at www.gtfothegame.com/roadmap.